Some people prefer to rely on chemical psychoactive supplements like caffeine to improve their concentration, focus, and attention. Nonetheless, regular use of food-supplemented stimulants brings many side effects like intoxication, sleep complications, and the development of dependence. Luckily, there are much healthier and even more effective options you can use! For example, FeelZing neurostimulation patсhes. Why do you need to try stimulation patches? Let’s see what is it and how it works!

What is an energy patch?

FeelZing energy patch is a unique brain efficiency stimulation device. Many years of research involving top-tier scientists and technicians resulted in the development of a small yet effective energy stimulation patch. It works like this: stick the patch right behind your ear, turn it on, wait for 7-minute stimulation, take it off, and enjoy the energy increase for the rest of the day. Yes, as simple as that!

How does the FeelZing feel?

The FeelZing device provides a modest electric itchy feeling you would get from an electrical massage. For some users, the vibrating sensations behind the ear might seem a little disturbing or itchy when used for the first time. The sticking element of the FeelZing patch might also reduce the flexibility of neck movement, so it’s better not to move during the stimulation. The effect of neurostimulation comes in much faster when compared to food supplements. It usually starts in a matter of seconds.

What is the energy patch made of?

The FeelZing patch is made of a simple electrode combination with a proprietary electric smart circuit pattern and a regular li-ion non-rechargeable battery that powers the system. It is packed into a compact soft plastic case. The silicon sticker that applies to the skin is covered with non-allergic sticking liquid. Read more about the patch on this site.

FeelZing delivers electric impulses formed into patterns right to the centers of the brain responsible for the autonomous nervous system. These impulses stimulate nerves to up-regulate and balance the neuron activity and optimize the work of sympathetic and parasympathetic nervous systems.

The special waveforms created with the impulses are designed by Thync scientists and neurophysiologists based on numerous studies in order to ensure the safeness and effectiveness of the method. While placing the device on the mastoid area of the head (right behind an ear), electric microcharges spark nerve connections, such as the auricular and lesser occipital nerves that operate in the parasympathetic system. These nerves are being stimulated in a particular way that temporarily enhances the system’s functionality.

The reason why this all works is that our bodies, just like any electrical mechanism, use tiny electrical signals to regulate the system, and uses them to ‘communicate’ with other parts of a body. The cells responsible for the transition of this signal – neurons – are also in charge of our thinking processes. By exposing neurons to insignificant electrical charges we can stimulate the connections in our nervous system and hence increase its reaction time.

The science behind the production

In order to produce FeelZing by Thync energy patches, Thync involved top-tier industry professionals and technological solutions. The development also included full-pledged laboratory testing and examination of over thirty thousand studies on electrical brain stimulation and the peripheral nervous system. This contributed to the proof of concept and guaranteed safety of the FeelZing patch and helped to design the neurostimulation system that targets the needed parts of the brain with no side effects food supplements might have on a body. 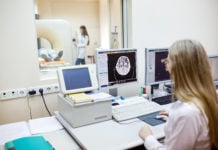 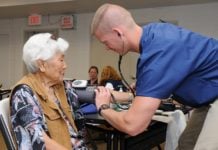 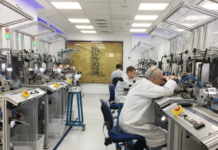 HiccAway a device to cure hiccups

Immunotherapy and the Importance of Understanding Protein Interaction

Tips on How to Buy Used Medical Equipment