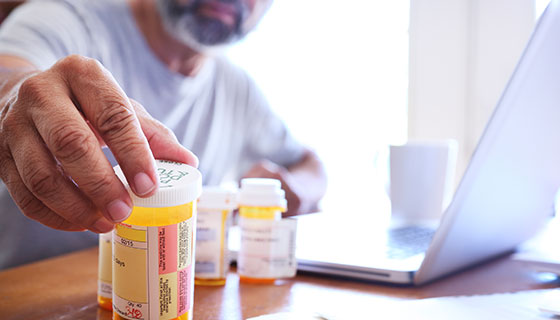 The studies cited in this review suggest that GHSs are generally safe, with few serious adverse events (AEs) associated with their use. Due to the overall short sessions and small sizes of most studies, only one study with ibutamoren has observed significant AEs related to its use in the long term. The single randomized, double-blind, placebo-controlled trial in which ibutamoren was evaluated with recovery from hip fracture was halted early due to concerns that it might increase the risk of congestive heart failure in elderly patients. Adunsky et al. examined the role of ibutamoren in elderly patients who had hip fractures during 24 weeks of treatment using growth hormone secretagogues supplements.

A similar placebo-controlled, randomized, double-blind trial conducted by Bach et al. in 161 elderly patients recovering from hip fractures also examined the use of ibutamoren for six months. The serious AEs in both groups of this study were similarly distributed, except thromboses were reported in greater numbers in the ibutamoren group. However, these were not believed to be drug-related.

Patients in the ibutamoren group discontinued treatment more frequently than those in the placebo group (P .05). Although these studies observed numerous adverse effects, another double-blinded, placebo-controlled trial evaluating the impact of 4 weeks of ibutamoren administration in 32 healthy elderly patients observed no AEs.

Ibutamoren treatment was well tolerated, with no serious adverse events observed in patients on ibutamoren in three randomized, double-blind, placebo-controlled studies performed in 187 elderly adults over 3 to 9 weeks.

In a randomized, double-blind, placebo-controlled 2-year crossover study of ibutamoren and placebo in 65 healthy elderly participants, Nass et al. reported the longest study on GHS use. Among the subjects treated with ibutamoren, appetite increased more frequently than in the placebo group, which was reported by 29 of 43 subjects (67%) (P = .02).

There are relatively few researches investigating the effects of GH, although existing studies suggest these drugs may positively raise GH levels and improve patient outcomes. Currently, only a few studies have tested GHSs for sustained periods, making it difficult to compare their effects with those of GH. While there is some evidence that GHS treatment raises GH and IGF-1 levels, there is limited information on how these drugs affect body composition and other important endpoints.

Several studies have supported that GHSs have a beneficial effect on growth velocity in children, on appetite stimulation, on wasting states and on obesity, on bone turnover, on fat-free mass, and sleep. However, there are still parameters that require further research, such as hospital recovery time, muscle function parameters, or changes in adiposity due to exercise, and long-term large safety studies.

Understanding What A Chiropractor In Stockbridge GA Does