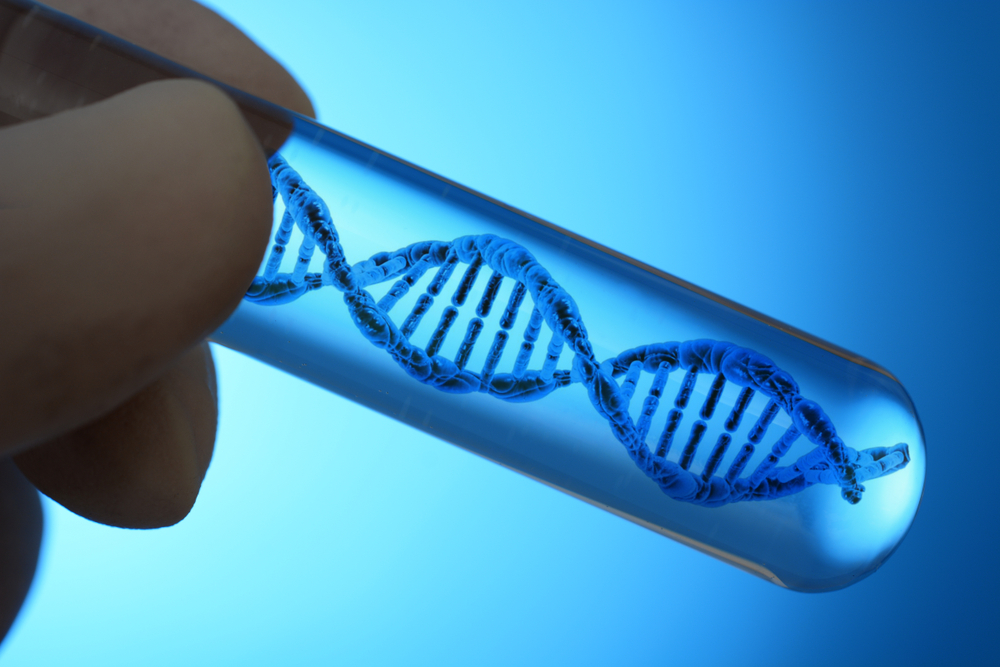 It can be safely said that the entirety of the last century was built on the backs of three units: the atom, the byte, and last – but certainly not the least – the humble gene. The gene is part of a larger entity called DNA. It can also be safely said that the key to the existence of all species on this Earth revolves around DNA.

Human DNA, which stands for deoxyribonucleic acid, is comprised of four chemical bases, namely: adenine (A), guanine (G), thymine (T), and cytosine (C), all of which form the rungs of a twisted sugar-phosphate ladder dubbed the double helix. Think about it: everything that makes you, well, you… starts here.

The Father of Genetics Was an Abbot

Yes, you read that right. Gregor Mendel, the person who essentially uncovered the mysteries of inheritance and heredity, was a man of the cloth in an abbey in Brno, in present-day Czechoslovakia. Mendel was no slouch when it came to education, though. He had excelled in physics and math in university and only sought refuge in the church because of unwanted friction with his family.

After getting in, he was encouraged by the then-abbot to pursue a career in teaching. But Mendel couldn’t get through the grueling exams. Dejected, he slinked back to the abbey, back to a life of austerity. To pass time, he got into gardening and began experimenting with breeding peas. He noticed several patterns when he compared the parent pea to the newborn peas and made extensive notes. And the rest belongs to history.

DNA Can Help Predict the Likelihood of Malignant Disease

What if we told you that there was a way to predict exactly who might develop a certain disease and, at the same time, be able to pinpoint the causes of it even before the disease has finished manifesting itself in their body? The future of healthcare lies in using the genetic code ensconced in DNA, as well as the prediction of the occurrence and the likelihood of manifestation of genetic disorders.

Technology has come a long way since the first primitive DNA sequencers in the 1970s, and nowadays, software for sequence editing is widely available with exponentially more processing power. This is key for DNA research and that very research has led us to believe that the presence of certain “drivers” and gene variants can tell us which recessive traits (like hemophilia) have a high chance of becoming dominant and in which generation will it begin to show up. Naturally, we’ll also be able to curate specialized treatment methods using DNA.

You Have Viral DNA Inside You

The truth is that DNA is unfortunately very fragile and can’t escape the clutches of error. However, it has many ways to repair itself – fill in the gaps, so to speak – but some damage will be irreparably linked to your DNA. One of these repair mechanisms, which DNA has perfected over multiple generations, is using the DNA of a virus which has infected a person and borrowing parts of it to fill in the gaps of their DNA. This can get inherited by their progeny and over countless birth cycles, it becomes the norm.

After centuries of battling diseases of all kinds, our human race has gathered enough viral DNA for it to make up almost eight percent of our current DNA. Thankfully, most of these are benign, and some can even prove to be beneficial. For instance, a virus can attach its DNA to your own and this altered DNA could be inherited by your children. Generation after generation, the human race has gathered so much viral DNA that it makes up 8 percent of all our DNA. Fortunately, most are harmless and some have even proven to be helpful.

You Can Bring Back Extinct Animals Using DNA

To bring an organism back from an extinct state, you will require a source from which to extract the DNA of the animal, which has the blueprint for remaking it. Unfortunately, DNA tends to break down over a long period of time and the general scientific consensus is that if the specimen is older than a million years, then the chances of finding viable DNA samples are very slim. That just leaves a ginormous Jurassic Park-sized hole in our hearts.

Other species, thankfully, are fair game. In 2003, a group of French and Spanish scientists briefly brought back a bucardo, a type of extinct goat. DNA had been taken in the 20th century from the last female of the species, in anticipation of something like this occurring in the future. The embryo from that DNA gave birth, through surrogacy, to a bucardo. To paraphrase Dr. Ian Malcolm, life did not find a way, and that bucardo specimen died shortly after, owing to lung deficiencies. Hence, the bucardo is the only animal to go extinct twice!

Our fascination with DNA has only grown over the years and it is bound to grow further, especially with the normalization of GMOs and the need for newer vaccines. The key to life is inextricably linked with these three letters, and the future of genetic research is only growing more and more exciting every single day.

Person-Centered Care: What is it & Why is it Essential?

Do Your own Homework: Things Rehab Centers Will Never Tell You