Methamphetamine (otherwise known as meth) is one of the most addictive and dangerous drugs out there. Meth is often laced with other substances — like iodine, hydrochloric acid, and sulfuric acid — all of which are unfit for human consumption. Meth addiction can lead to serious health problems such as inflammation of the heart lining, severe tooth decay, and brain damage. Long-term use of methamphetamine can also sometimes lead to hallucinations and psychosis.

The meth epidemic sweeping across the United States is an ongoing issue that only seems to be getting worse. According to both the Centers for Disease Control and Prevention (CDC) and SAMHSA, the rate of fatal meth overdoses has increased considerably over the past few years. About 2 million people use meth each year, which has led to this being a truly horrific epidemic. Let’s look at some of the ways meth addiction has affected users in the United States, as well as what can be done to solve the issue.

Meth Use Can Lead to Difficulty Experiencing Pleasure

Something that doesn’t get talked about enough when it comes to discussing the issues surrounding meth addiction (or drug addiction in general) is the fact that drug tolerance develops quickly and quietly. This means addicts need to take the drug more frequently, and at higher doses, to still feel the drug’s euphoric effects. In the case of methamphetamine, chronic users may discover that they are unable to experience any pleasure at all without using the drug. Withdrawal symptoms are also quite intense and can make users feel anxious, depressed, or fatigued.

Long-term Use Can Result in Severe Mental Health Issues

People who have become addicted to meth often experience disturbing symptoms like confusion, insomnia, and violent tendencies. They are likely to become irritated easily and lash out at their loved ones. It’s also common for long-term users to display psychotic symptoms such as hallucinations, paranoia, and delusions. These symptoms can last for a long time — sometimes even years — after an addict has stopped using meth. Long-term meth use can change your personality and negatively impact your relationships with everyone around you. It literally changes who you are as a person, which is terrifying to think about.

It Can Also Result in Severe Physical Health Issues

Meth not only damages your brain and sense of self. Long-term meth users are also likely to suffer from extreme physical effects like unhealthy weight loss, loss of teeth, and skin sores from excessive picking and scratching. Using meth can make you feel like there are little bugs crawling around under your skin, so that’s where the impulse to scratch and pick comes from. These problems are generally more fixable than the mental side effects of using meth, however fixing your teeth is incredibly expensive, and your body will never quite be the same.

It Takes an Extreme Financial Toll

Because meth is often laced with questionable ingredients, the really cheap stuff can be relatively easy to obtain. However, the more an addict uses, the higher their tolerance to meth will end up being — meaning they will have to take higher doses of the drug much more frequently. As you might have guessed, this can get really expensive, especially if the user has lost their job. Meth users might already have trouble with basic expenses like rent and medical bills, so some resort to participating in illegal activities like dealing drugs in order to make enough money to feed their addiction.

Again, just to reiterate, meth changes who you are as a person. Your loved ones will notice this change, whether they are aware of your meth use or not. Meth use can lead to problems like child abuse, loss of custody, and infidelity. Addicts tend to lie a lot, which can make their loved ones feel like they can’t trust them — and maybe they can’t. It’s a sad reality that many addicts and their family members have to face daily thanks to the meth epidemic sweeping across the United States.

We’re not going to sugar-coat this. Meth is an incredibly dangerous drug, and if it doesn’t ruin your life, one of two things is likely to happen. One, you’ll be forced to enroll in a rehab program and get better. This is definitely ideal, though there is always the danger of potential relapse. Two, you could overdose and end up in the hospital (or even lose your life). There is also the possibility of going to prison for a very long time, especially if you go down the wrong path and get roped into dealing drugs for money. If meth doesn’t destroy your life, it is likely to end it. That is why this epidemic must be dealt with as soon as possible.

How to Overcome the Meth Epidemic

When it comes to solving the meth epidemic in the United States, there are a number of things that need to happen. Emerging drug problems like this must be brought to the attention of policymakers and public health officials. Drug problems in the U.S. have not been taken seriously, which is part of the reason why the meth epidemic has gotten so bad.

The national response to drug epidemics should always include information and training regarding addiction prevention as well as proper treatment regimens. We are definitely a long way off from solving the meth crisis in the U.S. but with enough time and effort, a difference can be made. Addicts’ lives do matter, and we need to care for our brothers and sisters the best that we can.

If you or a loved one is struggling with meth addiction, consider seeking treatment right away with Achieve Wellness and Recovery at achievewellnessrecovery.com. Recovering from meth addiction takes a lot of hard work, but it’s absolutely worth it to get your life back on track. The road to recovery is long and arduous, but just remember that you don’t have to go through it alone. 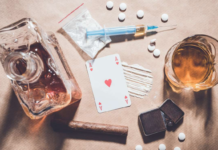 Getting Drug Treatment as Medical Professionals 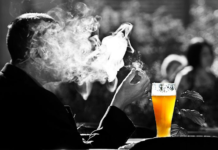 6 Helpful Tips for Living With an Addict 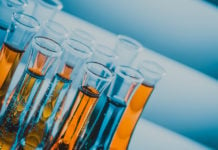 Getting Drug Treatment as Medical Professionals

6 Helpful Tips for Living With an Addict