“Well-nourished women are better able to provide for themselves, their children, and their families…!!” Making 52% of the world’s population…

More than 48% of Pakistan’s population…

Yes… I am talking about WOMEN…An integral part of our society that continues to be excluded, even after the surfacing of several gender justice assurances in the region.

Women are still on the periphery of social, economic and political developments and key processes towards participation and decision making. Forget about all these matters, luminosity should be brought to elemental issues.

If yes, then why are Pakistani women being deprived of the basic necessity of life that is…Food?

It is considered in our region especially among the people of low socio-economic level that women can survive easily after eating scanty food and no harm will occur to them. Even during gestational period they are given a reduced amount of food and as a result of that; 2010 report on maternal mortality rate per 100,000 births for Pakistan was 260 and it should be noted here that in rural Pakistan, maternal mortality is nearly twice than that in urban areas. Though there are other causes of this sad demise but most accusing trait is MALNUTRITION.

A recent study conducted in Pakistan confirms strong gender chauvinism in access to nutritional health-care. The persistence of this prejudiced attitude has serious consequences for the health of women, particularly adolescents and married women, whose access to services is curtailed by their low decision-making power in the household, limited mobility, and strict purdah (segregation of the sexes) norms.

Malnutrition in women escorts to economic losses for families, communities, and countries because malnutrition reduces women’s ability to work and can create ripple effects that stretch through generations. Adolescent girls are particularly vulnerable to malnutrition because they are growing faster than at any time after their first year of life. They need protein, iron, and other micronutrients to sustain the adolescent growth spurt and meet the body’s increased demand for iron during menstruation. But usually they suffer from iron deficiency anemia, protein energy malnutrition, iodine deficiency; they have low serum calcium, Vitamin D and Vitamin A levels. As a result to that not only their lives are endangered but malnutrition poses a variety of other threats to them. It weakens women’s ability to survive childbirth, makes them more susceptible to infections, and leaves them with fewer reserves to recover from illness. Increase the problems of maternal morbidity and mortality. More than that the infants born to them are at higher risk of malnutrition and their lives remain in danger as well.

The National Nutrition Survey of Pakistan found that these nutrient deficiencies affected over 35-39 percent of adolescent married women, and the problem increased with age.

Primarily all these nutritional problems arise due to financial crisis and scarcity of food. But in an assessment of which percent of boys and girls (ages 13-18) were consuming below 70 percent of recommended nutrients, the results showed many gender discrepancies, particularly in regard to the consumption of high-protein foods such as meat, fish, and eggs. This may be because boys are given preference within the family in the consumption of more costly high protein foods, while girls rely more on high-calorie staple foods; thus become undernourished.

Health of women should be improved for the betterment and security of our own country as investment being made on today them will yield a better generation for us tomorrow.  It is a fact that provision of high-density foods is expensive but small efforts can be made for the improvement of their general health; both at domestic and national level.

Adequate nutrition is important for women not only because it helps them be productive members of society but also because of the direct effect maternal nutrition has on the health and development of the next generation. 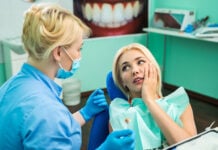 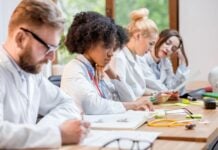 Is medical degree cheaper in the Caribbean?

Nothing in the World is More Dangerous Than a Sincere Ignorance...