Home Medical News Analysis We thought Earth was flat, we were wrong about smoking, why can’t... 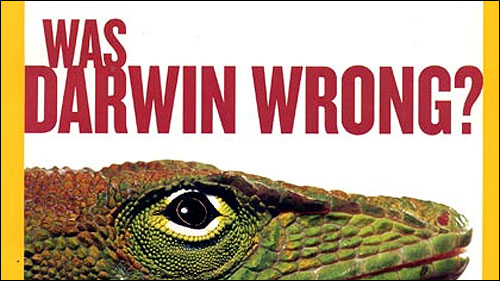 “The body and soul of Charles Darwin’s Theory of Evolution was his idea that evolution was made possible through natural selection. This concept is based on the suggestion that those members of a species that are a little stronger, a little larger, or run a little faster will live longer to procreate offspring with these superior adaptations. Darwin’s theory suggests that millions of generations later the changes will result in new species. These adaptations are called links or intermediates. “

Time and time again many researchers, science magazines & biologists have argued that Darwin was wrong about evolution. There are many reasons why Darwin’s theory of evolution can be wrong. Some of them I am listing and some of them you would have in mind.

I would like you to see a video from a very famous NBC sitcom FRIENDS. Here the character Phoebe and Ross Geller argue about the theory and concept of evolution and how it can be wrong. Have a look at it: http://www.youtube.com/watch?v=cXr2kF0zEgI.
And see some the vintage smoking ads featuring doctors whilst we now know that smoking is a relative risk for many carcinomas and chronic lung diseases. Coin in your comments to let us know about your opinion.

Prevention Is Better Than Cure: Simple Tips To Prevent Diabetes