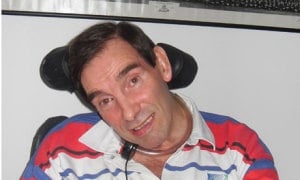 Legal action brought by locked-in syndrome sufferer Tony Nicklinson, who wants a doctor to be able to end his “miserable” life lawfully, can go ahead following a British judge’s ruling today.

The decision was announced at the London High Court by Justice Charles.

Announcing his decision today the judge allowed most of Mr Nicklinson’s case to proceed – striking out one part of his claim.

His wife, Jane Nicklinson, told BBC Radio 4’s Today programme, that death is the only way out for her husband. “We are asking for it to be legal for someone to end his life. The only way to relieve Tony’s suffering is to kill him. There’s nothing else that can be done for him,” said the former nurse.

“He can’t do anything. He’s completely paralysed and he can’t speak. If he has an itch I have to scratch it for him,” she said.

Knowing When it’s Time to Get Help

Paralysis can be cured in near future