Home Medical News Why Pakistan Is Having The Dengue Epidemic Every Summer? 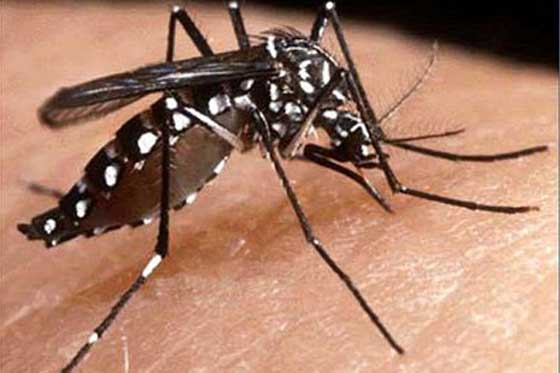 After earthquakes, terrorism and floods that devastated thousands of people and left millions homeless, Pakistan had yet to face one more major calamity at the start of the second decade of the 21st century. This time around the factor responsible was the dengue virus and the disaster being the dengue epidemic of Pakistan. In only two weeks’ time, more than 40 fatalities occurred as a result of the infection in Lahore alone with another 6000 affected by the virus. This not only led to a great burden on the health care system of the city, but also resulted in the spread of panic and concern in the affected region.

Dengue fever is the clinical presentation associated with infection of an individual by the dengue virus. The latter itself is transmitted by the bite of an infected female of the Aedes aegypti specie of mosquitos. There is a wide spectrum of presentation of the disease, ranging from minor symptoms of muscle aches and fever to the more severe form known as the Dengue Haemorrhagic Fever. The latter is characterized by deranged clotting system of the body resulting in spontaneous bleeding which may further aggravate into shock, known as Dengue Shock Syndrome, and death of the patient. With no cure or existence of any effective vaccine against the virus, the mainstay of management of the condition involves rehydration therapy along with symptomatic treatment of the associated fever, pain and bleeding by using anti pyretics, analgesics and platelet transfusions respectively. Initially a concern of the tropical countries, the disease is now making its way into other parts of the globe as well.

Significance of the disease

The “dengue problem” has become a cause of great concern for the international community recently. The current World Health Organization estimates around 50 million new dengue infections every year with a total population of 2.5 billion at risk from the infection. Likewise in Pakistan, it is rapidly assuming the shape of an epidemic. From the first diagnosed case of the country in 1994, the virus has spread widely and rapidly across the nation, concentrating in the city of Lahore and surrounding regions in the same province. According to one study, more than 11500 people were affected with the virus till last September. Over the past few years, the condition has assumed a cyclical nature with infection rates highest in the monsoon season and lowest in the winters. The causes for such variation are considered to be many and diverse in nature.

Pakistan is affected so severely by the dengue virus for a variety of reasons. The most notable of these is the poor hygiene and inefficient sewerage system of the region. Vast open fields, overflowing gutters, leaking sewerage pipes and congested slums all result in bodies of water ideal for the laying of eggs by the Aedes aegypti mosquitos. This results in exponential growth in the numbers of these insects. Since they are the vector for the spread of the dengue virus, their increased numbers result in higher and more rapid rates of infection in the community. The scenario is aggravated much more by the arrival of the monsoon season whereby torrential downpours further aggravate the already compromised hygiene of the area, aiding further mating and reproduction of the vector mosquitos.

Another cause attributed to the epidemic nature of the disease is the armed conflict occurring in the country for the past several years. This has resulted in a vast number of people being internally displaced that have migrated to the plain areas of Punjab. With no shelter and limited resources, they have become the prime targets of the Aedes mosquito. This along with the increasing humidity associated with the changing weather in the regions has further resulted in a rise in the incidence of clinically apparent cases of the infection.


Role of the government

Lastly, many attribute the growing nature of the concern to the inefficient management of the problem by the current political and administrative setup of the country. It is considered that the officials either continue to use out-dated insecticides that have lost their efficacies or ones to which the mosquitos have developed resistance. Consequently, the involved insects continue to thrive and spread the virus. The government has also failed in raising the adequate degree of awareness on preventive measures among the general population and has done very little to help promote and encourage people to adopt protective measures. Many individuals cannot buy food to keep themselves alive, let alone mosquito repellent sprays and nets to protect themselves from insect bites.

The past few years have made it clear that the “Dengue problem “is one that cannot be taken lightly, especially in Pakistan. Since prevention is considered to be better than cure, steps must be taken by the government to help strengthen our community health sector and promote awareness among the people of the country and decrease the incidence of the disease. A multi-sectorial approach should be adopted which would include collaboration with media to raise awareness, and, development authorities and health ministries to effectively eradicate breeding places and decrease the numbers of the vector mosquitos. Further research on the genetic makeup and effective anti-mosquito measures must be carried out to effectively deal with the situation. All this becomes even more necessary with a infection that has no known cure or a preventive vaccine.

Advantages of Having Wheelchair Ramps at Home