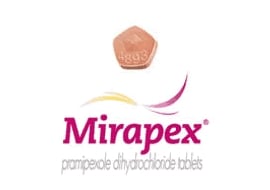 Although cardiac failure was an adverse event observed during clinical trials with Mirapex, and is mentioned in the drug’s label, a more definite association had not been established in the literature until recently. According to Pharmalot’s Ed Silverman, however, the company appears to have been aware of the stronger association, but made no effort to publish or disseminate its investigative findings.

A study published in Pharmacoepidemiology & Drug Safety found an increase risk of cardiac failure associated with pramipexole and another dopamine agonist, cabergoline. But buried in the text of the report lies evidence that the finding should not have come as a surprise to Boehringer Ingelheim.

The study author told Silverman of Pharmalot that Boehringer did not supply him with the underlying data and that “the only data I have are in the paper – rates, numbers, etc.”

Silverman asked Boehringer about the data, but only received information about new product labeling for the drug which contains “language related to cardiac events, and specifically heart failure or cardiac failure. Post-marketing surveillance studies continue to assess the safety and efficacy of our products… We continue to work closely with the FDA to ensure our products are appropriately labeled and are used safely.”

Silverman notes that the current label is identical to the 2006 label, but with the addition of one sentence in the post-marketing experience section: “In a pharmacoepidemiological study, pramipexole (Mirapex) use was associated with an increased risk of cardiac failure compared with non-use.”

Silverman quotes extensively from Harlan Krumholz, who spoke about the issue:

“I am disturbed that there seems to be a pooling of internal data indicating a potential problem with heart failure and there has been no opportunity for independent review.

This is an ideal situation where sharing of individual patient-level data with the entire research community, or at least with independent investigators, can provide information about the risk that was conveyed in the company’s personal communication to their consultant.

Such sharing would deflect concerns that the company is hiding something and allow a fair evaluation of the risk. With no record in the medical literature and no sharing of the data, we are left to wonder about these risks and the reason that the company has not been more forthcoming. I applaud them for doing analyses on harm, but they need to go further.

The privilege of selling a product should be accompanied by the responsibility to share data you have that is germane to the risks and benefits of the drug. Patients deserve access to information that could influence their decisions about clinical strategies. If it is true that the company has data from their trials that is relevant to concerns about the drug’s safety profile and that data has not been shared, then I hope they will move quickly to make it available.”

History of DNA: Everything You Need to Know

Workplace Stress: Is Your Job Killing You? [INFOGRAPHIC]