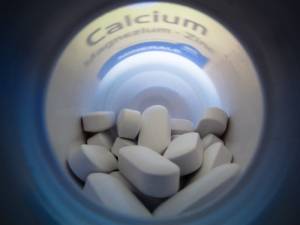 Pick calcium-rich foods over a pill.

German & Swiss researchers say that you will have a 86% increased chance of heart attack if you are on a calcium supplement.

Calcium supplements have already been linked to kidney stones and bloating in other studies, according to the National Institutes of Health.

Over the years, research on calcium and its linked side-effects has produced mixed findings. Some researchers has suggested calcium from the diet may lower the risk of high blood pressure, obesity, type 2 diabetes, stroke, and heart diseases. Whilst others have not found the mentioned side-effects. Two other recent researches, published in 2010 and 2011, have triggered warnings that calcium supplements might boost the risk of heart attack.

The pandemic: from the lens of a junior medicine resident of...