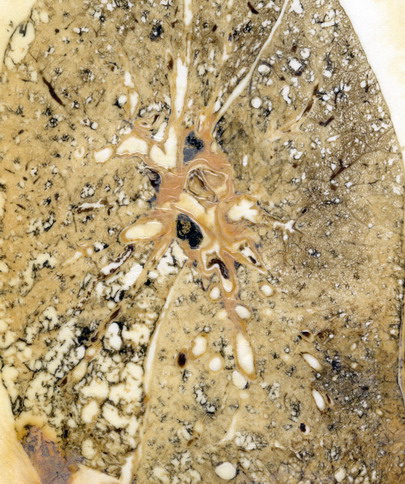 It was the spring of 2008 when Byron Scott, who was happily helping his eldest grandson on his house, became unwell and went to see his doctor. He was diagnosed with mesothelioma, an incurable type of lung cancer caused by exposure to asbestos, just after his 72nd birthday. Despite a brave fight, it would claim his life just 15 months later.

In the 1900’s, certain observations, largely anecdotal in nature, triggered the suspiscions of many doctors with regards to a dust particle being associated with chronic bronchitis and fibrosis’. A London doctor H. Montague Murray conducted a post mortem exam on a young asbestos factory worker who died in 1899. Dr. Murray gave testimony on this death in connection with an industrial disease compensation hearing. The post-mortem confirmed the presence of asbestos in the lung tissue, prompting Dr. Murray to express as an expert opinion his belief that the inhalation of asbestos dust had at least contributed to, if not actually caused, the death of the worker

Today, worldwide, about 60 countries have banned the use of asbestos, in whole, or partly, including Australia, UK, USA, Brazil, China etc

According to the US Environmental Protection Agency, Asbestos is a mineral fiber that has been used commonly in a variety of building construction materials for insulation and as a fire-retardant. Because of its fiber strength and heat resistant properties, asbestos has been used for a wide range of manufactured goods, mostly in building materials (roofing shingles, ceiling and floor tiles, paper products, and asbestos cement products), friction products (automobile clutch, brake, and transmission parts), heat-resistant fabrics, packaging, gaskets, and coatings’.

While this topic might be considered rather far-fetched in Pakistan, it is something that needs to be studied and pondered upon as asbestos is a commonly used industrial raw material. Infact, according to a report by The Pakistan Medical Reseach Council, sample of asbestos were even recovered in commonly used products such as talcum powder. For people whose exposure to this deadly chemical is high, there is a great risk to suffer from diseases that may prove fatal. These are

Despite the common misconception, asbestos does not cause head-aches, sore muscles or other immediate symptoms. As mentioned above, the effects often go unnoticed for 15-40 years and this is perhaps the main reason why most people tend to take it lightly. However, statistics prove otherwise; According to the Environmental Working Group Action Fund, 10,000 people a year die from asbestos-caused diseases in the United States, including one out of every 125 American men who die over the age of 50. The British Government’s Health and Safety Executive (HSE) has promoted rigorous controls on asbestos handling, based on reports linking exposure to asbestos dust or fibres with thousands of annual deaths from mesothelioma and asbestos-related lung cancer.
“At least 4000 people in Great Britain die each year from mesothelioma and asbestos related lung cancer as a result of past exposure to asbestos. Annual numbers of deaths are predicted to go on rising into the next decade.” – The TUC (UK) report cites a figure of 5000 deaths per year.

Another drawback that hinders proper regulation is that researchers have yet to detemine a ‘safe level’ of abestos. However The Occupational Safety and Health Commission (OSHA) of the US has set a permissible asbestos exposure limit (“PEL”) of 0.1 fiber per cubic centimeter (f/cc) for work in all industries, including construction, shipyards, and asbestos abatement work. This standard has also been adopted by the Environmental Protection Agency (40 CFR Part 763). OSHA is quick to add, however, that the asbestos PEL is a target guideline for regulatory purposes only, and does not establish any level of “safe” asbestos exposure. As OSHA writes in its Asbestos Final Rule: “The 0.1 f/cc level leaves a remaining significant risk”

Can Chronic GERD Cause Asthma?