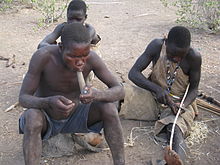 A new oncological study published Monday on the website of the medical journal Cancer, reports that men who have testicular cancer are twice as likely to have smoked marijuana before they were diagnosed than control subjects. The association existed only for nonseminomas, the more dangerous form of testicular cancer that is harder to treat.

On the other hand, Cocaine use appeared to be significantly reducing the risk of developing testicular cancer.

Nevertheless, the study did find an increased risk of testicular cancer from marijuana use, and the results square with the findings of two previous studies, which also found a link between testicular nonseminomas and marijuana use. But it remains unclear just why marijuana use would lead to an increase in cancer risk.

According to the American Cancer Society, a normal man’s likelihood of developing testicular cancer is about one in 270. The risk of dying from it however, is even lower, at one in 5,000.

FDA approves new drug for the treatment for Hepatitis C

How Does a Career In Disability Look Like? Here’s Everything You...