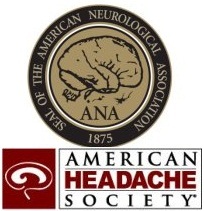 “…the 2012 AHS/AAN guidelines assign treatments to Levels based on assessment of the strength and quality of evidence of efficacy. Adverse effects, contraindications to use and other clinical considerations are reviewed but are not incorporated in the assignment of drugs to a particular level.” American Headache Society’s Journal American Headache Society and the American Academy of Neurology joined forces to establish guidelines to assist health care professionals in choosing treatments for episodic Migraine prevention. Both societies issued these guidelines through their journals.

The guidelines list medications in different levels. Below is a summary of each level, what the levels mean, and the medications assigned to those levels:

Level A: Established as effective
Should be offered to patients requiring Migraine prevention:

Level B: Probably effective
Should be considered for patients requiring Migraine prevention:

Level A: Established as effective:
Should be offered to patients requiring prevention:

Level B: Probably effective:
Should be considered for patients requiring prevention:

Level U: Conflicting or inadequate evidence
insufficient data to support or refute using for Migraine prevention: WHO approved new durg for treatment of multi-drug resistant TB

2008 ACR Recommendations for the Use of DMARDs & Other Agents...