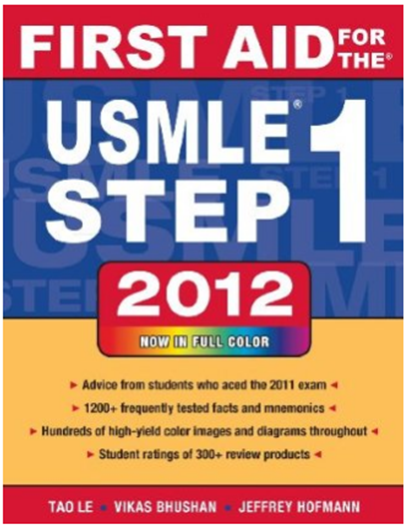 Kaplan tried to fill this gap by introducing their own review book having all subjects in one hard copy. So far many students have praised the book and yet some still consider First Aid as their preferred review book.

Renowned Kaplan instructor, Conrad Fischer few days ago pointed out some of the mistakes in First Aid 2012 through his tweets, some of which are:

p514.Paraldehyde has NO utility and is NOT MANUFACTURED in US.Phenformin was REMOVED in 1970s. Come ON GUYS!!