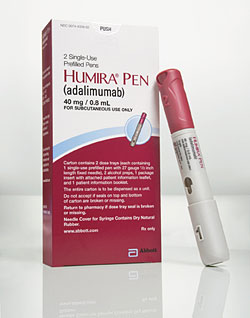 Ulcerative colitis is a chronic disease that causes inflammation and ulcers in the inner lining of the large intestine. It is one of two main forms of chronic inflammatory bowel disease and affects about 620,000 Americans, according to the National Institutes of Health.

“Patients should start with a 160-mg dose of adalimumab, take a second dose of 80 mg 2 weeks later, and then proceed with a maintenance dose of 40 mg every other week. The drug should be discontinued in patients who have not shown evidence of clinical remission by 8 weeks,” FDA press release stated.

The agency turned down Abbott’s application for this indication in November 2011, citing inconclusive evidence of the drug’s ability to stop gastrointestinal symptoms.

The Importance of Reusing, Recycling, and Reducing Waste