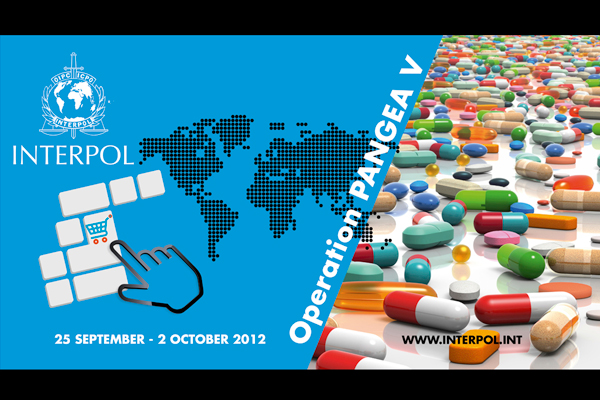 In collaboration with international regulatory and law enforcement agencies, the FDA took legal action against more than 4,100 internet pharmacies via criminal charges, seizure of $10.5 million worth of pharmaceuticals, and removal of 18,000 websites. Among the illegal medicines identified through the Operation Pangea V were:

FDA launched a national campaign to educate people about the dangers of purchasing prescription medications online. “BeSafeRX, know your Online Pharmacy” is the name of the project.

“Internet pharmacies that illegally sell unapproved, counterfeit, or potentially adulterated or substandard drugs are an inherently international crime problem. The FDA is pleased to work with INTERPOL, the international police agency, to fight this problem. Because these criminals do not respect international borders, the international coordinated law enforcement response represented by Operation Pangea demonstrates that international cooperation is the best way to protect the American public from the risk of unsafe drugs.”

Top 6 Benefits of Telehealth for Patients

Do I Truly Want a Cosmetic Surgery?