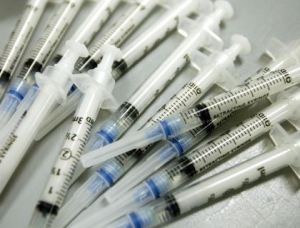 The number of people stricken with a rare form of meningitis linked to steroid injections rose to 50 in seven U.S. states, in a widening outbreak that has killed at least five people.

The U.S. Centers for Disease Control have earlier reported 47 cases of meningitis on Friday, while Michigan reported an additional two cases and North Carolina another one which are not included in the CDC count. This brought the national total to 50, compared with 35 which was on Thursday.

Vials of steroids linked to the outbreak were shipped to 76 facilities in 23 states and could have been used to inject thousands of patients risking their lives to meningitis.

The Massachusetts Health Department said there were 17,676 vials of medication in each of the three lots of methylprednisolone acetate sent out July through September and have a shelf life of 180 days.

Dr. Benjamin Park, a medical officer in the CDC Mycotic Diseases Branch, said on Friday in a statement:

“All patients who may have received these medications need to be tracked down immediately. It is possible that if patients with infection are identified soon and put on appropriate anti-fungal therapy, lives may be saved.”

Google, Yahoo, and Bing can detect side effects of drugs faster...