Home Medical News International News Hepatitis: Pakistan and the allegations on her vaccines 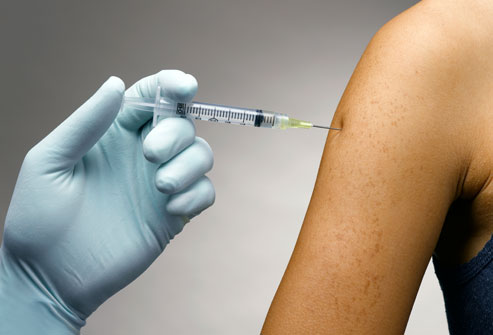 He has attended some of the top universities around the world including John Hopkins (USA) and the Karolinska Institute, Sweden. In 1994, he won the Sitara-e-Imtiaz which was added to an already impressive list of awards and recognitions. He has produced 70 PhDs and published over 150 research papers in international journals with a cumulative impact factor of over 700 — the highest among biology institutes across the country. He has also worked with Nobel Laureate Larry Grossman and is the Founding Director of Center of Excellence of Molecular Biology in Lahore, Pakistan.

This man is none other than Dr Sheikh Riazuddin who earlier this year developed the low-cost interferon injection used for curing hepatitis C and proposed to sell it for Rs70 per injection – almost 100% below the prevailing market price.

It sounds too good to be true and apparently it really was; the government , instead of recognizing his achievement, has slapped an inquiry upon him via the FIA (Federal Investigation Agency). This has been done despite the fact that earlier, the health ministry had not only approved the interferon produced by the CEMB, but also sanctioned funds for the purpose. The product was even validated by German laboratories.

Previously in July 2011, “Health experts stressed the need to formulate a policy for administering vaccination of hepatitis B soon after the birth to prevent the baby from the lethal disease. They said if vaccination of hepatitis B ensured at the time of birth to every child, the deadly disease could be controlled in the country within few years.”

The EPI (Expanded Program of Immunization) recommends that the Hepatitis B vaccine should be administered to infants 6 weeks after birth, then at 10 weeks and finally at 14 weeks. Yet in a report in May 2010, it was stated that only 47% children had received all the recommended vaccines. 6% children had not received any vaccination at all and vaccination coverage is markedly higher in urban than in rural areas. According to the CDC website, the cost of the Hepatitis B vaccine per dose is nearly $25 which amounts to about Rs 2,385. The figure itself makes it understandable as to how a hepatitis B vaccine seems to be a privilege that only few can afford.

Health, however, is a right not a privilege. And that is exactly what Dr Riazuddin had in mind while developing the vaccine. According to an article in The Express Tribune, Dr Riazuddin had proposed to sell the products of the research to the general public at throw-away prices. This, however, was obviously not acceptable to the multinational pharmaceutical laboratories and their supporters in the government, as evident from a letter issued to the Ministry of Health secretary from the Ministry of Science and Technology.

It is understandable how a low-cost vaccine would incur great losses for pharmaceutical companies. What is also noteworthy, however is that the FIA report concludes that there is absolutely no evidence of embezzlement of funds and no evidence of personal use of government funds for personal gains. “Therefore, this report recommends to close the inquiry,” the document read. Maybe the relevant companies need to realize that when it comes to saving the lives of people (mostly children) from a deadly disease, it is no longer a game of profits. It’s about the rights that they cannot and should not take away from them.

How much do doctors get paid in United Arab Emirates?