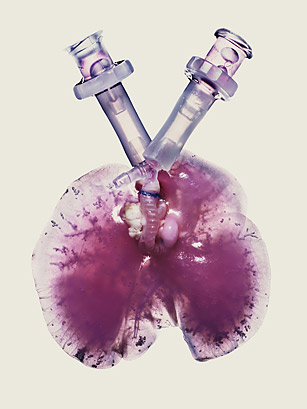 First Synthetic Cell: J. Craig Venter Institute announced in 2010 that they have created the first synthetic cell which can sustain life. Created at a cost of $40 million, this experimental one-cell organism, which can reproduce, opened the way to the manipulation of life on a previously unattainable scale. 3-D Bioprinter: Organovo successfully created the NovoGen MMX Bioprinter™, the only commercial bioprinter in the world proven to create tissue. “Researchers can place liver cells on a preformed scaffold, support kidney cells with a co-printed scaffold, or form adjacent layers of epithelial and stromal soft tissue that grow into a mature tooth. Ultimately the idea would be for surgeons to have tissue on demand for various uses, and the best way to do that is get a number of bio-printers into the hands of researchers and give them the ability to make three dimensional tissues on demand, “ said Organovo CEO, Keith Murphy.