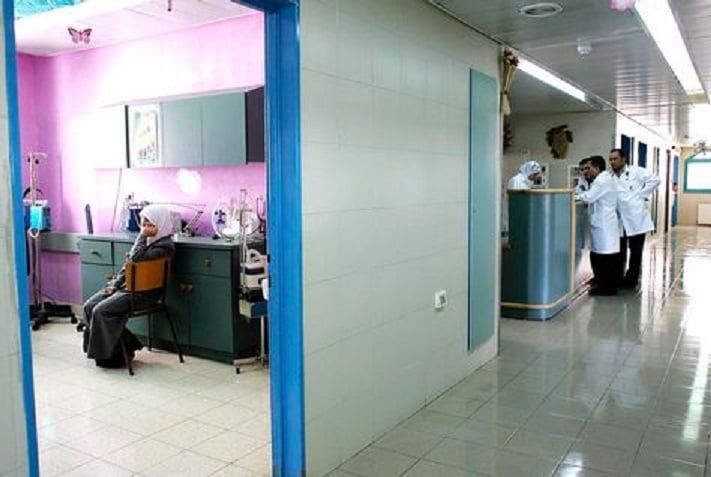 It seems very good to be working in Saudi Arabia when a doctor is sitting abroad in an other country but when he reaches in Saudi Arabia he gets to know the ground facts and the thinking changes. The pay is generous and without tax, so this condition lures many doctors, but is really money every thing? How I Reached Here:

I was so excited about getting selected in interview by delegation of Ministry of Health (MOH) but when I reached here in Saudia, all my excitement was gone in 2-3 days when I saw the behavior and attitude of locals.

I was told that there will be someone from MOH to pick up me at airport (Abha), but no one appeared. Luckily I had a friend of mine who came earlier, he told me that I have to go to the PHCC attached to the hospital and the Doctor on duty there would guide me.

I got off the airport and walked to PHCC along with my luggage and found the employed doctor I was supposed to meet. It would be a nightmare for me without any guidance in a foreign country.

That doctor told me about reaching the Head Office of MOH of the region and submit them the agreement papers for my job I was given back in Pakistan. He hired me a taxi and explained him about the destination.

When I reached the office they told me to go to Asir Central Hospital and they will give you the accommodation. You relax and come back the next day to office for your paperwork, as its almost office closing time. I asked the officer, “How do I got o the hospital you just mentioned, I am new here & don’t know anything around”. He then said, “Ok I will arrange a driver”. He did not asked me even for water, and my throat was all dry because of walking in hot, sunny & dry weather of Saudia.

After these few hectic days I began to think why did I come here, where is all my excitement about Saudi Arabia?

The MOH driver picked me up and dropped me in the hospital and went on after just telling me to see Officer Incharge here. Now I didn’t know where to meet him? I was going here and there asking about the officer in-charge (in Arabic called Mudeer Munab) along with the luggage. It took about 45 mins for finding the office and no body was sure of how to deal with a new comer. I was very upset & disheartened.

The officer in-charge arranged me a room and sent a helper guy along me to help me carry the luggage. Again He didn’t ask me even for water. I don’t know if its a custom here or what? They do not care. I reached the allocated room and asked the helper where to find water & food. He got me a water bottle from his room and told me that I can get meals from hospital cafe. I went to the cafe and they told me that you either pay in cash or get a letter from officer in-charge for free meals. I preferred to pay cash because I didn’t want to go back to officer again.

The next day I went to the MOH Head Office in Asir. He kept my papers and told me to come again the next day.

The next day, he told me that I would have to go to Bisha. Now I didn’t knew where is Bisha or how to go there? I askedagain from him. He replied, “Okay, driver will come to you tomorrow and he will take you to Bisha”.

Actually the system in Saudi Arabia is that for any person the official driver always comes from the destination to pick them up.

I was again in my dorm, and had to commute on my own to and from the Head Office. No official conveyance was provided.

Next morning (the 4th day after my arrival), driver came and picked me up from the hospital. We were on our way to Bisha now. After about 2 and half hours drive, we reached the Bisha City and the driver drove to the MOH Head Office of Bisha. Now I had to talk in my poorly spoken Arabic with the concerned officer, as he didnt know english.
The Contract & Agreements Department printed the contact papers and gave me an official letter for accommodation in King Abdullah Hospital.

The officer told me to come on next working day, as Thursday and Friday was ahead (Thrusday and Friday are holidays in Saudia). The driver was told to get me to the hospital for accomodation.

We reached King Abdullah Hospital, it took another half an hour or so to talk with officials to get accomodation, but this time the driver was with me so I didn’t feel that upset about not knowing anything.

After coming back, I had to get meals from a restaurant outside now, and at times had to go to a Pakistani restaurant in main city to fetch food which was about 4 kms away.

I met few Pakistani doctors there who guided me about the ground realities in Saudi Arabia.

After these few hectic days I began to think why did I come here, where is all my excitement of Saudi Arabia?

My medical checkup reports were to be picked up by me after one week, which came out to be the next Saturday. I went to the hospital on my own, no official conveyance this time. I submitted the result to head office the next day and they gave me an appointment letter for another city’s general hospital.

Well, the officer said that the driver will come tomorrow or day after tomorrow with car to pick you up. I was again in my dorm waiting for the day to reach my final destination. I lived in Bisha for about 10 days.

The driver & car from my appointed hospital contacted me and the driver picked me up and drove about 1 hour or so to reach the destination hospital.

Here I was given a guest house for temporary residence until I find my own, and residence allowance will be given for living outside. I was told that the hospital didn’t have any residence available for doctors. Well, not all hospitals have situation like this but a few.

The MOH gives residence allowance of 3 basic pays for one year.

I met the Hospital Incharge and he ordered issuing of appointment letter in Emergency department and forwarded the letter to ER Chief. I began with orientation to ER work and language, for about 1 week and then I was in duty roster.

There is a limit of 48 hours per week working in Saudi Arabia. Every hospital has its own rotations schedule, but most common is 9.5 hours a day for 5 days and then 2 days off. There are 5 emergency leaves, 15 sick leaves and 45 days annual vacations per year, along with 4 days off on Eid-ul-fitr, 5 days off on Eid-ul-Azha and 2 days off on national day. If you do work on these days you will get these off later on.

Common sense is not common here so you can not expect wisdom from any attendant or patient. They will ask you for any thing according to what makes sense to them, for example, once a father brought a child with constipation and was asking for abdominal X-ray , after continuously insisting for X-ray I ordered it for her and he went home satisfied. X-rays are asked by almost all patients even with slightest trauma or cough or even gastritis which has no relation with X-rays . They don’t believe you and always get second opinion from another doctor on the spot.

Most of people will not respect you and will treat you as if you are their slaves, very few people do care about what you are saying and will respect you. Most of them are too much demanding. Often they demand for hospital admission for just sore throat.

I think demanding & ordering is in their nature, because of lots of wealth.

If you are caring for a patient and any thing goes wrong, they will complaint against you that you haven’t seen them properly enough. Once, a father and mother brought a child in ER with history of fall, having an obvious wound of about 1 inch on forehead. I counselled them that the boy needs suturing, but they refused continuously. I asked nurses to take signatures on the form for “refusing medical treatment against doctor’s advice”. When I came out of minor OR, the young boy’s father was shouting that no doctor had seen them since they came, because one of the Saudi nurses had convinced him to get the suture done. That is really pathetic.

You cant see a woman without her mehram (husband/brother/father) or any nurse accompanying her. Never do the mistake of seeing a woman alone, you must call the nurse to stand with her.

The general behavior of natives is proud and arrogant, and they consider themselves as best Muslims. Even, a child would be showing no respect to you, this is just because they only consider you “a slave”.

There will be learning in teaching hospitals, but in PHCCs (Primary Health care centers) or General Hospitals , there is “no learning”.

You will have to attend some CME courses to accumulate 90 Hours per contract, for requirement of renewal of contract.

For a complete list of Saudi salaries, check out our article on Salaries of Foreign Doctors in Saudi Arabia.

Petrol is really cheap here, so one can afford car easily which is a good thing. You wont see many people walking as every one uses cars for even shorter distances. Life style is much sedentary in Saudia. Living for a single person is not expensive compared to the salary one will be getting, but if you compare that to your home country (i.e. Pakistan), then it would be expensive. You can easily save huge amounts of money here.

Markets are closed here during Azan time and than resumed after prayers.

Summing up my experience, I must say if anyone is not having any financial problems must not come here, or if one comes here, should aim to move on. One must not stay longer here and must attempt post-graduation exams in western countries or your home country for example, MRCP, MRCS, FCPS or USMLE, PLAB etc and move on from Saudi Arabia after saving good amounts of money.

Pakistani doctors should return to Pakistan for betterment of Pakistan, because if we dont do that who else would?

The chosen one “harry potter analogue” 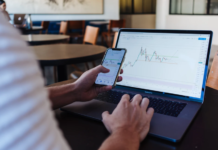 The Cryptocurrency Basics That Every New Investor Must Know About 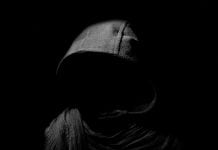 US Clinical Electives Experience of An International Medical Student

Key Tips On How To Keep Safe When Riding The Bus...