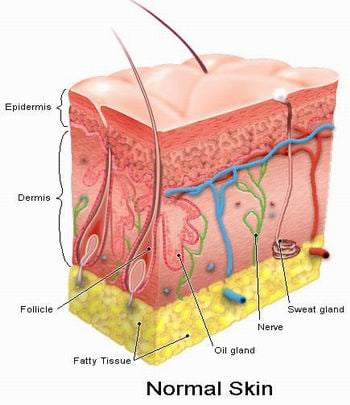 This is just a short comparison of two diseases from examination point of view and should not be taken in consideration for diagnosis or treatment of patients.

Most commonly seen in immunocompromised, burned patients, those with central venous catheters.

Ecthyma presents with hemorrhagic bullae, most common site on body is abdomen. Occurs due to invasion of blood vessels or perivascular space leading to ischemic necrosis. Can lead to black eschar mimicking Anthrax.

It is caused most commonly with Pseudomonas aeruginosa.

Most common treatment is IV antibiotics only. (No need of surgical debridement.)

It is caused most commonly with Staphylococcus aureus.

Small pustules fuse to form big ulcer. Classical on legs in form of deep ulcers. Atypical is superficial on hands, arms, face and anywhere else with vesicular border.