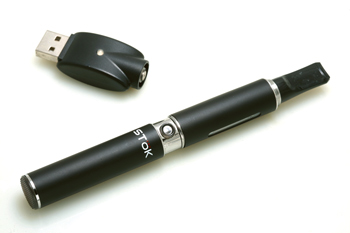 What does a pen vaporizer have? If you’re a habitual smoker, and are looking to switch to a healthier option, a pen vaporizer is your natural choice. But how much do you know about it? Chances are you’ve seen your friends smoke it and even seen advertisements that talk about hteir benefits – but do you really know how they work?

Pen Vaporizers work only with full melt concentrates and do not vaporize dry herb. Most dry herb pens exceed 455 degrees Fahrenheit as vaporization point though the V2 Pro Series 3 is first of its kind to actually vape dry herbs and does quite a good job with it.

With an array of options to choose from, purchasing a pen vaporizer can prove to be quite a difficult job in itself. Look out for these 5 things before making the final choice:

The T-Vape 2.0 isn’t as small as a normal pen but vaporizes dry herb. Being a little bigger than regular sized pens it is still has a similar shape and is considered to be portable. Being T Vape’s second version, it is available in 3 colours and offers flexibility in terms of battery size, unit’s size and the way one wishes to vape.

There are 3 main parts in every pen vaporizer namely the atomizer, battery and mouthpiece. The long part at the end is the battery which lights up n different colors or places. The heat gets concentrated by the atomizer with one of the types using wicks and the other being wickless. As far as the mouthpiece is concerned, metal ones are preferred over plastic ones.

Wickless atomizers are recommended over the ones with wick the reason being that fibreglass is used to make the wick on most pens which can prove to be dangerous if inhaled. Also, high temperatures can burn it and cause the concentrates to get a taste similar to that of plastic. The 2 top wickless atomizers are Gentleman’s Beards standard Hash Oil Atomizer V2 and W9 Tech’s K.I.S.S cartridge.

When a person builds his own pen, he would obviously need a battery. The two most sort after batteries are EO-C Upgrade or EGO-C Twist from Joyetech as they both boast of variable voltage that allows you to adjust the amount of power sent to the atomizer to control temperature. Low voltage denotes low temperature vaporizing while high voltage means higher temperatures.

Buying a pen vaporizer from Atmos or G-pen for instance, gives you a complete package containing all the parts needed. However, this proves to be quite an expensive affair and you can get a better pen at a cheaper rate if you build one yourself. The exception here is the O-Phos pen vaporizer which comes cheaper if bought as an entire package instead of individual parts and is a better product too. 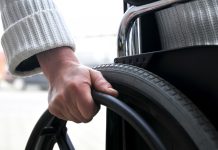