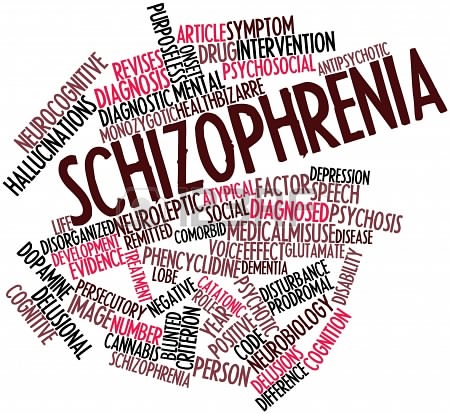 Schizophrenia is a mental disorder which affects the way a person thinks, acts and sees the world. They may hear things that do not exist except in their own mind, they talk in strange and confusing ways, they believe people are trying to harm them or they are under constant surveillance. It is one of the most misunderstood mental disorder, beginning in early adulthood between the ages of 15 and 25, men being more affected than women.

According to Brain and Behaviour Research Foundation, U.S.A, more than 1% of world’s population is affected by Schizophrenia.
As with any other disease, the earlier the intervention the better the medical outcome would be for the individual. Schizophrenics are encouraged to take their medication life long in order to prevent a relapse.

Let us now look at some of the myths associated with Schizophrenia.

Myth#1 Schizophrenics are Psychopaths.
The media through movies or as part of sensational news item have made us believe that people with schizophrenia are the most violent people. A psychopath or a serial killer is given as an example of someone suffering from Schizophrenia. This is totally false. A study presented in a leading medical journal, Journal of american and medical association, JAMA, reveals that the notion about people with schizophrenia as being aggressive and violent is not true, especially if they are on medication for this disease. It is only those who are without treatment and are also engaged in simultaneous drug abuse who are more violent than the general population.

Myth#2 It’s Jinn, stupid.
In our eastern culture, especially in rural areas, if a person starts hearing voices or commands, it is attributed as having possessed by a “Jinn” , an invisible supernatural creature. People believe that these Jinns cause various mental and neurological diseases e.g schizophrenia, epilepsy etc. The belief of a person being possessed by a Jinn or black magic prevents people from seeking medical help resulting in worsening of the disease and aggravation of the symptoms.
Only through awareness and education can we debunk this myth.

Myth# 3 Scizophrenia is entirely genetic.
About 80% of the risk for Schizophrenia is genetic, meaning the closer the relation, the higher the chances of developing Schizophrenia. Recent research shows that apart from the genes, environmental factors and stress also plays an important role.Environmental factors like nutrional deficiences, substance abuse, peer group or family related social stresses or being exposed to toxins like cigarette smoke or alcohol during pregnancy trigger schizophrenia in genetically at risk people.
Healthy environment is therefore important for one’s physical and mental well being.

Myth#4 Schizophrenics are shabbily dressed, smelly and unable to work

Schizophrenics who are on medication are pretty functional. One prominent example is Dr. John Nash, upon whom the movie ” A beautiful mind” was also made. He is a Princeton graduate, a Nobel laureate and still hold an office at that university. Schizophrenics have the ability and the potential to study, find work and develop meaningful relationship with people. They might find it hard to make an eye contact with a stranger in public but this paranoia can be taken as social-awkwardness, allowing them to live their life without being stigmatised.

Myth#5 Schizophrenics can’t get married
A year long study, conducted by a Psychiatrist in India, showed that 70% of schizophrenic patients have been married for 5 to 15 years. It also showed that marital rate of schizophrenic patients was only 10 to 15 % less than that of general population. The union fared better where the spouse and their family knew about the illness prior to the marriage. Divorce rate was higher where the other spouse was kept in the dark.

Marriage plays the role of social support, however if a person’s illness is severely debilitating they will not be able to fill those roles or fill them well. Most Schizophrenics who are undergoing treatment generally do make good neighbours, employees and parents.

Schizophrenia is a disease which crosses all social classes, cultures and demography. It varies greatly in its clinical manifestation. Most people with schizophrenia are able to function provided they are given proper medication, therapy and social support. We should support someone suffering from this disease by creating more awareness and education.

If you see your loved one having any symptoms of schizophrenia please do not hesitate to seek professional help from a psychiatrist. Though It is not curable it is definitely treatable and a schizophrenic patients can live thier lives to the fullest with help from the family and friends

Nida Rahman Khan is a graduate of Dow medical college (Class of 2008) and is currently pursuing USMLE for GME in USA. She can be reached at nida.rkhan26@gmail.com.

How to Take Control of Your Love Life