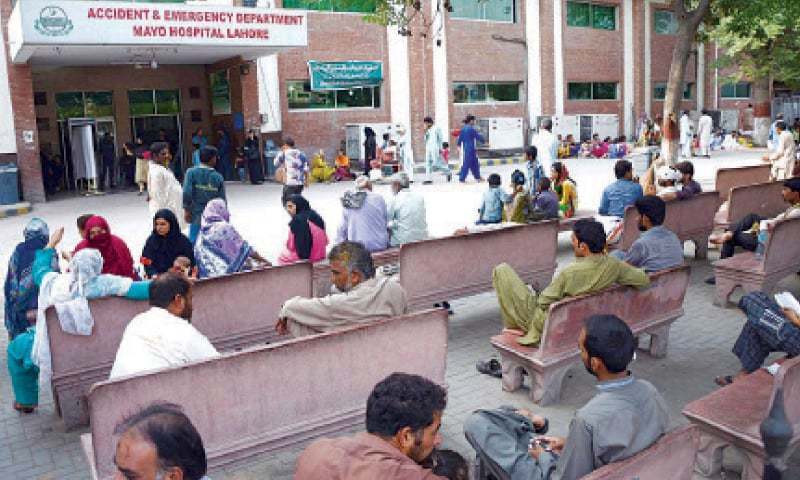 Pakistan has been hit with yet another strike from the Young Doctors Association in Pakistan which represents the recently graduated medical students and resident physicians equivalent of which in USA is American Medical Association.

The strike is being used to highlight many points in the healthcare system of Pakistan especially Punjab that hosts almost 50% of Pakistan’s 220 million population. Some of the points are listed below:

Introduction of one bed-one patient policy:
Let’s look at this for a moment, most of the third world countries including Pakistan have a nationalized healthcare system which was taken up from the British way of governance. Since Pakistan is the sixth largest country in world in terms of population with 3 major cities hosting more than 35 million people combined one is ought to see the hospitals being overwhelmed by patients. Mostly in major cities you will see people flocking from around the state to get treatment because there are more services provided in state capital as compared to district capitals. This leads to a situation where 2 to 5 patients are sharing one bed at a time. Sometimes one of whom is dead. I think this is a totally justifiable demand.

Cessation of Central Induction Policy:
CIP was introduced by Punjab government to have a merit system that can mimic the NRMP or Residency Match in USA. However it is no way even close to that system actually it has failed miserably. In USA, we have USMLE which is a standardized exam that all medical graduates take regardless of medical school they went to. In Pakistan foreign graduates take National Examination Board and local graduates are exempt from it. In USA, USMLE scores are considered to enter residency training. In Pakistan you might have to do FCPS or JCAT depending on what route you want to take. Both of which fragments the postgraduation training even further. CIP also prefers graduates that are from public institutions versus private which is also violation of equal employment rights. CIP gives more score to graduates who work in remote areas before entering medical residency hence promoting untrained doctors to take care of patients and promoting older graduates over fresh graduates for residency training. There are no formal interviews in this system. So the staff doesn’t know whether the incoming residents are team worker or not. The staffs are just stuck with them. Once you enter the training and complete the first two years of general training you will again have to enter the national match and do it all over for entering the specialty you want. In USA this is totally not the case. In USA we do interview candidates, once you enter residency you don’t have to enter match until you graduate and do the boards of your specialty. So in my opinion the CIP system has already failed miserably.

In my opinion the healthcare system in Pakistan needs to be revamped from scratch. A introduction of national health insurance is need of hour. Promotion of private insurance companies is needed along with establishment of nationwide postgraduate training policy and not statewide.

Early detection of sepsis through AI