Despite its growing popularity, weed use is still in its beginning states in legalization. The tide is slowly coming in but, all just the same, it’s coming. While there are differences in how the East and West Coast represent the green parade, it is all just that – differences. The bud is still a driving force no matter how you take it – whether you are a traditional smoker or a new generation vaping enthusiast who is already using premium vape pens.

As with legalization, acceptance of the green stuff is making its way up the coasts as well – in the most unlikely of ways. However, as we said before, marijuana is still considered a universal good – a gold mine being tapped for all of its pleasure – inevitably a truth that, no matter what coast you are from, can unite around.

If you are one of those “traditional” smokers, as many would envision when they think of the bud, you probably choose your favorite blunt wrapper, roll up, and chill out on the couch with your favorite strain. However, as many are exploring, there is a new trend shining – vaping. It’s cleaner, more versatile, and is still just as friendly as the typical “puff, puff, pass” sesh we all know and love.

The Reality of Recreational Marijuana Legalization on The East and West

Remember that “tidal wave” we mentioned:

It’s fast approaching and shows no signs of stopping anytime soon. This “tidal wave” is the movement being taken by voters in support of the bud – uniting for its final state towards legalization for recreational use.

This has happened already with quite a few states having already decided to “ride the wave” – some on the East and some on the West. Those who have embraced the bud have seen fortune from the boom in the cannabis industry among other things. So, which states have made the choice to legalize?

On the West side, the ones on board are California, Alaska, Oregon, Colorado, and Nevada. Most of the regulations, like in California statutes, are generally the same across the board when it comes to how much you can have, what you can do with it, and how much you can grow in your personal abode. However, some states, like Alaska, still have restrictions that are not seen in other states, holding it slightly behind the rest.

On the East side, we finally have Massachusetts, Washington D.C., and Maine. Still pales in comparison to the 6 states on the West side that have joined the green parade but it is still a win all the same. As with the West, the laws for the use of recreational weed are generally the same across the board, like in the Massachusetts statutes, with only minor differences in how much you can carry for concentrates.

The Bud: Judgement on The Coasts

With states on both coasts having made the decision to legalize personal use of weed, one would think that both are equally as accepting of its use, right? Perhaps not. In reality, you would probably have a better time getting that sesh in from anywhere between Maine and Florida than anywhere else – at least if you are a college student. The status of a state’s legality has no bearing on this either as states, like New York, have a friendlier approach despite its absence from the “free use” roster.

According to “Reefer Madness”, a study conducted by the Princeton Review on the satisfaction level of college students in different aspects of their student experience, many states in the East are more friendly towards weed use. The study surveyed students who are currently enrolled in college on how they view their college experience like their academics, living facilities, activities, and, you guessed it, how well accepted their use of alcohol and marijuana was. Based on these results, schools were ranked and, not surprisingly, many states like New York, Vermont, and Florida secured spots in the top ten, with some coming from Colorado.

An Analysis of Weed Use on The Coasts

We are sure that everyone here can relate when we say that the bud is f**king amazing. No matter where you come from, that is something we can all unite around. Doesn’t even matter how you like to use it – whether you smoke or vape.

For all the smokers out there, weed smokers that is, we can say this – vaping is a trend that is growing fast. The market is booming and is definitely something to get on board with (or at least try). It allows for a “cleaner” high, lets you enjoy all the qualities that you enjoy most from the bud, and is much more convenient – especially when out in public. Would be pretty hard to vape on-the-go when it is still illegal to do so.

Even so, there are plenty of hurdles to obtaining medical marijuana in coastal areas anyway. In Florida, for example, you still need to have a qualifying condition and get the approval of Florida marijuana doctors (and a medical card)in order to obtain any type of cannabis. That includes weed for vaping.

It is worth it to give it a go and it doesn’t matter whether you like your bud nice and dry or ooey, gooey or waxy. There is a little something out there for everyone and you just gotta get up and look.

As we said before, the tidal wave is moving along, carrying with it a movement towards the “free” use of marijuana by all. It is moving at a snail’s pace but, nonetheless, its presence lingers. States have already been hit and most of the country has seen a rising acceptance of its use. A universal truth one can take away is that the bud is great, no matter how you like it. As well, if you haven’t tried using a vape for your weed, you should. 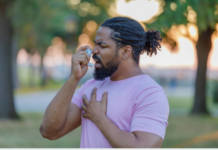 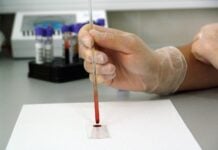 7 Benefits of Getting A Chiropractic Adjustment