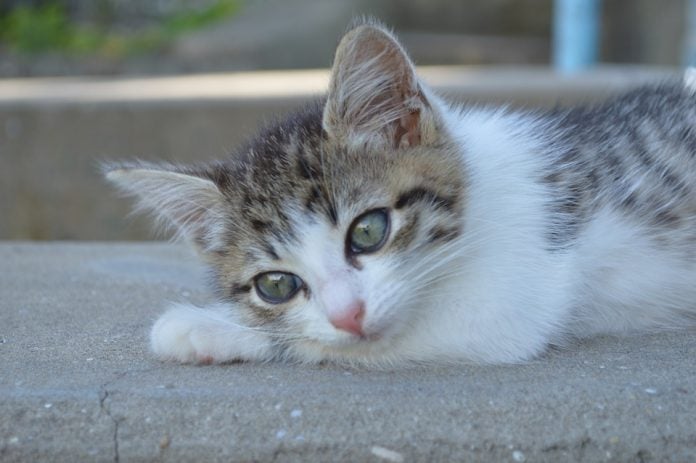 A cat may not be as affectionate as a dog, and you may sometimes feel that you are the pet of the cat instead of the other way around. Despite that, it’s still nice to have cats as pets. Here are scientifically proven reasons why it is a good idea to own a purring feline.

Reduces the Risk of Cardiovascular Diseases

A study led by Adnan Qureshi of the Stroke Research Center at the University of Minnesota determined that the presence of cats in a household reduces the risk of death due to all cardiovascular diseases.

The 10-year study involved 2,435 participants that are currently or have previously owned a cat and 2,000 participants that never had a cat. The participants were not only comprised of different age groups, gender, and ethnicities, but also of varying health markers such as blood pressure, cholesterol levels, body mass index, and even history of cigarette smoking and diabetes.

It is known that psychological stress and anxiety are important factors that result in cardiovascular diseases so it is not a big surprise that the reduced anxiety of the participants due to the presence of cats also lowers their risk of heart diseases.

Of course, the relationship established by the study is the presence of cats and reduced cardiovascular diseases. It could also be true that cat loving people have a different lifestyle that is not conducive to heart diseases.

Improves Interaction of Children with Autism

Gretchen Carlisle is one of the scientists from the Research Center for Human-Animal Interaction at the University of Missouri who determined that having dogs in the household increases the social skills of children with autism.

The study involved 70 households that had children with autism aged between 8 and 18; 70% of the households had dogs while 50% had cats.

The children with pets were more likely to introduce themselves, ask questions themselves as well as respond to questions of others. This may be due to the fact that when the kid bonds with the pet and then a visitor engages with it, the child is more likely to interact with the visitor as well. In a sense, the pet acts as a “social lubricant” for the child.

Although the study focused mainly on dogs, any pet that the child has a meaningful connection with will do fine as the participants in the study also owned other types of pets such as fish, farm animals, rodents, rabbits, reptiles, birds, and spiders.

Leslie Lyons of the School of Veterinary Medicine at the University of California explains that the purr of a cat can improve bone density and promote healing.

It is already proven that the use of Biomechanical Stimulation Therapy that uses mechanical vibrations in the frequency range of 18-35 Hertz to produce stimuli can help increase joint mobility as well as heal venous ulcerations. Increases in the bone strength can be observed at 25-50v Hertz and other benefits include reduced swelling, reduced symptoms of dyspnea, as well as recovery of muscles, tendons, and ligaments.

Purring is a vocalization at 25-150 Hertz developed by cats through their domestication. A cat may purr when contented but they also do it under stress such as when they are injured.

Unlike sedentary civilians and astronauts in space, a lazy cat that sleeps all day can maintain bone density and muscle mass. Cats are also able to recover injuries quicker. These capabilities that bring about myths that cats have 9 lives may simply be attributed to their natural vibration therapy.

Eija Bergroth of the Kuopio University Hospital in Finland led a group of scientists who determined that children that had contact with a dog or a cat had a reduced incidence of respiratory infectious disease.

The study involved 397 children that were documented from the time they were inside the womb of their mothers and onward and the frequency of respiratory symptoms as well as interaction with a dog or a cat.

In this study, it is shown that exposure to dogs or cats in the child’s first year will develop its resistance to infectious respiratory diseases and can possibly lessen the occurrence of allergies in the future.

There is also a study that shows that exposure to cat allergens was negatively associated with recurrent wheezing. So, it is safe to say that cat allergens can improve the immune system.

A study authored by Lois Krahn of the Mayo Clinic Center for Sleep Medicine in Arizona determined that 41% of the participants who sleep with their pets are not disturbed and even sleep better with them while only 20% slept poorly because of disturbances caused by their pets.

The study involved 150 consecutive patients at the Mayo Clinic, 74 of which owned pets. Of all the pet owners, 56% allowed their pets to sleep in the bedroom.

Aside from providing comforting snuggles and keeping the bed warm, pets do not snore which may be a reason why owners prefer to sleep with their pets.

If you want to learn more about cats, you can head to “PurringPal.com” to read about cat health, food, and other topics.” Just Started Exercising? Here’s How to Get in Shape without Hurting...