Home Medical News Analysis Quackery in Pakistan – Why is it still a blatant practice? 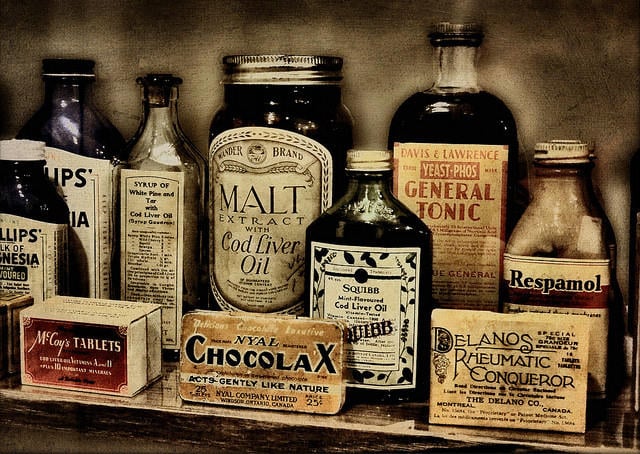 There are some places which attach to themselves an atmosphere of unholiness and wrongdoing. One such place is the rural Pakistan where quackery has survived as a blatant practice despite of the efforts of concerned authorities. The reason is the formulation of a new stratagem by the quacks.

Recently, many incidents have surfaced in which doctors are offered handsome packages in exchange for medical services in small town and village clinics. These facilities are being run by quacks and the ownership is passed from father to son making it a family ‘business.’ To counter the operations of inspection teams against such illegal clinics, these quacks have started hiring registered doctors whose on-site ‘presence’ is used as an alibi by the quacks for their backdoor illegal activities.

Perhaps these quacks have taken inspiration from a popular American crime-drama television series, ‘Breaking Bad’ where a drug lord uses several legitimate businesses, such as a chain of successful fast food restaurants and an industrial laundry facility, as fronts for his vast drug operation.

Hundreds of patients, young and old, visit such fake clinics everyday thinking that they are being treated by real doctors. Every hour the receptionist hands over a stack of one thousand rupee notes to the quack owner and together this team of planned killers continues to feast in broad daylight.

Unfortunately, in rural and remote localities across Pakistan, a quack is often the first point of medical contact. Having inadequate medical prowess in diagnosing and treating diseases,these quacks unnecessarily medicate patients with antibiotics and steroids leading to further deterioration of the patient’s condition. Antibiotics are used to kill harmful bacteria and their unwarranted use is the main cause of antibiotic resistance and creation of superbugs which has now become a global health crisis.

Unhygienic practices such as using a thermometer from one patient’s mouth to the next patient are a common sight in quack clinics. It comes as no surprise that the same syringe is used by these killer quacks on multiple patients which causes potentially lethal diseases such as AIDS, hepatitis etc. Thus, anyone who visits a quack once becomes alife-long patient.

In the past, ‘businesses’ of quacks flourished without fear of accountability. Credit goes to regulatory authorities for taking action against illegal clinics. In its recent drive, the Punjab Healthcare Commission (PHC) closed down 5,457 treatment centers across Punjab. But this new tactics of hiring a doctor ‘puppet’ while the quack secretly indulges in unethical money-oriented practices is worrisome.

Two more reasons contribute to the success of quackery in Pakistan. First is the weak primary and secondary healthcare system which comprises of basic health units (BHUs), rural health centers (RHCs) and tehsil headquarters (THQs). These departments, located in rural areas, have meagre resources and manpower and a long waiting time before the patients can get themselves checked. Therefore, the larger patient population prefers going to private set-ups unknowingly run by fake doctors.

Secondly, due to unawareness and lack of exposure people living in rural and remote areas are clueless about the definition of a doctor and the functioning of a medical facility. They consider any person providing healthcare services as a doctor and trust him with their and their children’s lives.

How long will the gang of quacks take advantage of unaware locals by posing as doctors? There is an urgent need to expand and strengthen our BHUs, RHCs and THQs with optimal facilities and adequate staff. This will not only save the thousands who succumb to quack clinics but will also filter out patients with minor complaints, who unnecessarily burden outpatient and emergency departments of tertiary care hospitals in big cities. At the same time medical education and awareness campaigns, with the help of print and electronic media, should be launched especially in the rural sector with regards to the quackery menace. Medical students should also be taught how to deal with such ethical issues prevalent in our society. Only by implementing these steps can we eradicate those living at the expense of others.

Why is Canadian Insulin so Cheap?