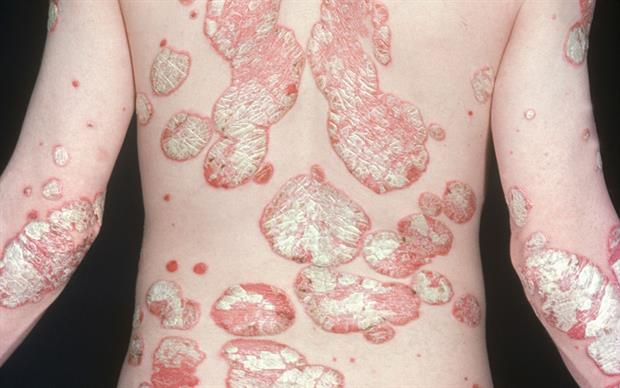 Secukinumab is a human IgG1 monoclonal antibody that selectively binds to and neutralises the pro inflammatory cytokine interleukin 17A (IL-17A).

Numerous studies analyzing psoriatic cutaneous lesions revealed that the Th17/IL-23 axis is important in psoriasis pathogenesis. Th17 cells secrete IL-22 in addition to IL-17, with increased IL-17 and IL-22 levels seen in psoriatic areas. These cells can also increase serum and cutaneous eruption site IL-23 expression in psoriatic patients, and increased number of Th17 and Th22 cells (CD4+ T-helper cell subset that produces IL-22, but not IFN-γ or IL-17) have also been observed. Expression of the surface markers IL-23R and CC chemokine receptor (CCR) 6, considered to be involved in pathogenesis, is also seen with these Th17 cells. Th22 cells are believed to be especially involved in skin inflammation.

Cytokines, such as IL-22, IL-9, and IL-20, that are produced by Th17 and Th22 cells can activate STAT3 in epidermal keratinocytes and inhibit their differentiation, while promoting cell migration and proliferation.

Recent advances in immunology and genetics have made it clear that acquired immunity, especially that mediated by the Th17/IL-23 axis, plays an important role in the inflammatory pathology observed in psoriasis and PsA(Maeda et al. 2012).

In the last couple of years, many articles are coming out on the role of Th17 and its signature cytokine IL-17 in different autoimmune diseases like rheumatoid arthritis, psoriasis, psoriatic arthritis (PsA), SLE and multiple sclerosis. Psoriasis and PsA are immune-mediated diseases, affecting the skin and joints, respectively(Raychaudhuri 2013).

Acanthosis present in psoriasis is caused by activation of STAT3 in keratinocytes, which mediates production of IL-22 (Th17/IL-23 axis effector molecule).

Back Pain: Causes, Symptoms, and Prevention

Are Birth Control Implants Right For You? Things You Must Know