Home Reference Clinical Medicine Zantac: What It Is And How It Can Cause Cancer 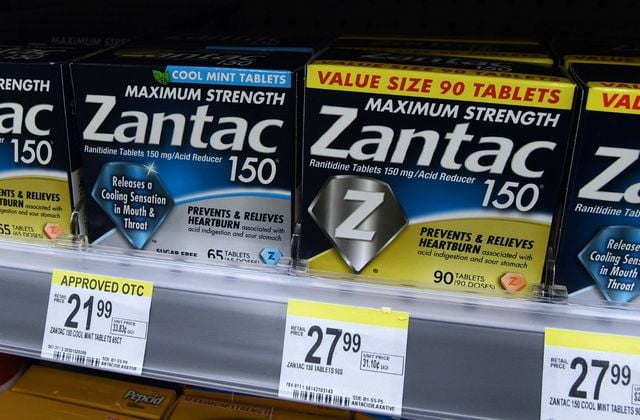 Following the recent recall of Zantac, should you be worried?

A lot of people, including babies, pregnant mothers, and the elderly, use Zantac. For most, it is an over-the-counter drug to treat heartburn, while others use it to manage more severe conditions.

The recall of Zantac by the FDA can be unsettling if you do not have any information, so this article seeks to give you the latest and reliable information about it, as well as about or not one can get cancer from Zantac

Zantac is a trading name for ranitidine, which is a popular generic drug. It was first discovered in 1976 but was only allowed for commercial use in 1981. Now, it is commonly used to treat stomach ulcers and heartburn.

Zantac can be acquired as an over the counter drug. It can also be acquired through a doctor’s prescription.

Ranitidine is also used in the treatment of:

Zantac is a drug in the group of histamine-2 blockers, which also includes blood pressure regulating drugs. It works by blocking histamine, thereby reducing the amount of acid released into the stomach. It also comes as a tablet, syrup, or capsule, which can be taken by mouth. It can also be taken as an injectable solution.

There has been a recent recall of Zantac and a temporary ban on the further distribution of the drug in several countries in Europe and America. Sanofi, which is one of the biggest producers of Zantac, voluntarily called back their medication in October last year. As a result, Walmart, Walgreens, and CVS have also pulled Zantac and other generic medicines that contain Ranitidine from their shelves.

The reason for the recall is that European and FDA regulatory agencies have found a probable carcinogenic component in the medication, which is known as NDMA or N-nitrosodimethylamine. In 2018, the FDA also issued a warning about a blood pressure medicine that contains NDMA.

How Does Zantac Cause Cancer?

N-nitrosodimethylamine (NDMA) in ranitidine products is a cause for alarm because it poses a threat to human anatomy. The World Health Organisation classifies NDMA as a probable human carcinogenic, which means that it has the potential to cause cancer.

NDMA is an environmental contaminant that is found in water and food. It is also formed as a byproduct in some industrial processes and can be found in certain pesticides. What is yet to be established is whether the medication contains a high enough amount of NDMA to cause cancer.

Apart from cancer, NDMA is also known to cause extensive liver damage, even when consumed in small amounts.

What Types Of Cancer Does Zantac Cause?

Should You Avoid Taking Zantac?

The FDA and other regulatory agencies are not saying that people should not take ranitidine if a doctor prescribes it. But, if you are in doubt, it is best to consult your health care professional. Furthermore, there are many alternative medicines for heartburn and ulcer that are just as effective as ranitidine that you can consider. However, Sanofi has released a statement saying there were no ongoing plans to stop the distribution or manufacturing of Zantac or other products made with ranitidine outside of Canada.

Sanofi further said that until further clarification, the preventative release and distribution stop for all their medicines containing ranitidine in all markets will remain valid. Also, they will remain in close contact with the health authorities.

A case is yet to be made for/against Zantac. There is no absolute direction on what the verdict is, and the NDMA testing continues to ensure the health and safety of consumers is maintained. You can consider other alternatives to ranitidine, but make sure to consult your physician before making a move to avoid future problems.

The Most Authoritative Drug For Alzheimer’s Disease