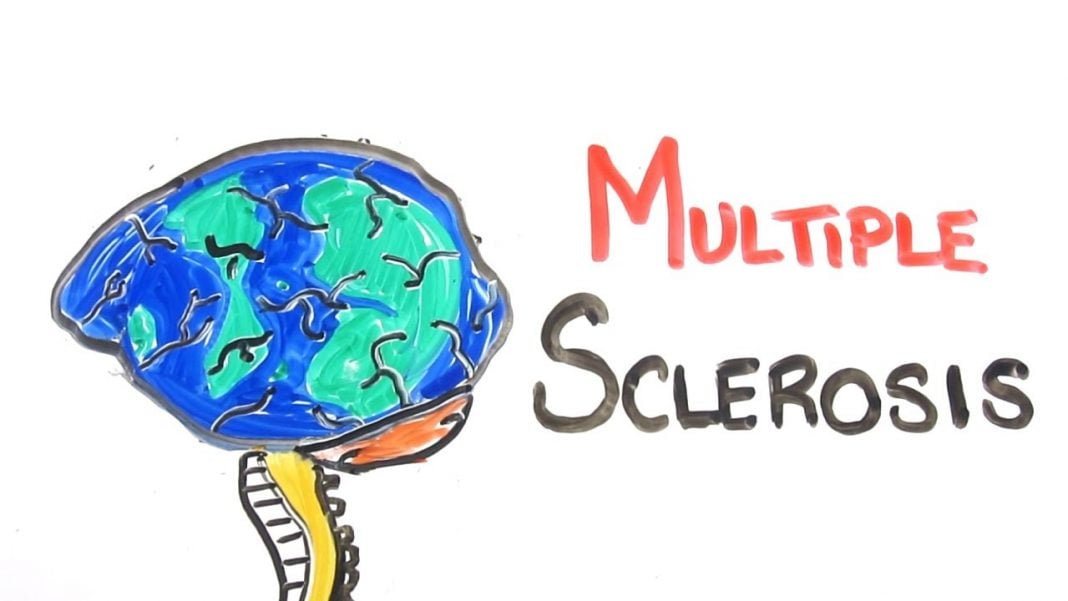 French pharmaceutical developer AB Science has announced results for a phase 3 clinical trial of masitinib in the treatment of progressive forms of multiple sclerosis (MS). The findings represent “a scientific breakthrough” according to a key opinion leader and specialist in the study of the disease, spelling hope for sufferers.

MS is a chronic neurodegenerative disease which results in deterioration of cells in the brain and spinal cord that can lead to symptoms like fatigue, muscular weakness, paralysis, and blindness. The rate at which a patient’s symptoms worsen depends on the form of MS that they suffer from.

The disease can present through continuous, progressive worsening of symptoms, or in a relapsing-remitting form in which symptoms flare up and decline episodically.

“My experience of dealing with my condition is often troubled by other people’s conviction that they know the best way for me to handle a situation,” says Joyce, a woman living with secondary progressive MS.

“The diagnosis of an incurable degenerative illness changed the life I had imagined for myself and put an ever-widening gap between me and ‘normality’,” she says.

While there are some 10 products available for the treatment of relapsing-remitting multiple sclerosis (RRMS), for sufferers of progressive courses of MS, there are only two drugs currently being prescribed. As such, progressive MS sufferers and their families need to see more options available.

“People with primary progressive (PPMS) and non-active secondary progressive (nSPMS) forms of multiple sclerosis account for half of all MS patients. While numerous treatments based on targeting of B-cells and T-cells of the adaptive immune system are available for patients with relapsing forms of MS, these strategies have failed or had inconclusive results in PPMS and nSPMS. Consequently, there remains a very high medical need for people with PPMS and nSPMS,” explains Dr Patrick Vermersch, Professor of Neurology at Lille University in France.

Masitinib is a revolutionary new drug which uses unique biological mechanisms to tackle progressive forms of MS. A tyrosine kinase inhibitor, the drug targets mast cells and macrophages, important cells for immunity, through inhibiting a limited number of enzymes called kinases. By modulating the activity of these cells, masitinib reduces the innate immune system’s role in MS symptom progression.

The clinical trial of the drug enrolled 301 patients, and clearly demonstrated its primary endpoint of slowing disease progression as measured by the rate at which patients’ disabilities worsen.

“[T]he results from this study represent a scientific breakthrough because this is the first time that the novel strategy of targeting the innate immune system via mast cells and microglia has been able to significantly slow progression of clinical disability in progressive forms of MS. These data are extremely encouraging and may provide new hope for progressive MS patients,” says Dr. Vermersch.

The drug is a synthetic molecule, unlike the more common biologics used for other treatments. One reason that masitinib’s development brings so much hope to the progressive MS community is that the few existing medications that there are have treatment limitations due to the toxicity they cause in targeting the adaptive immune system. These drugs can only be used for three years before they cause too much harm and patients must end treatment.

Masitinib, on the other hand, has shown indications of being viable in therapies lasting as long as ten years or more. Not only will the new drug expand the available treatment options for progressive forms of MS, it will substantially prolong viable treatment. This could completely change the mid-to-long term outlook for patients of PPMS and nSPMS.

Given that after 10 years 50 percent of RRMS sufferers will have transitioned to a form of SPMS, this makes treatment options for progressive MS even more vital.

Masitinib notably has been shown to have other clinical applications, spanning a number of medical fields.

“Indeed, this is the second piece of supportive evidence delivered by the masitinib clinical program. The first one was the positive Phase 2B/3 study with masitinib in amyotrophic lateral sclerosis (ALS),” says Professor Olivier Hermine, President of the Science Committee of AB Science.

Professor Hermine believes that the two studies taken together demonstrate that targeting the innate immune system via macrophage and mast cells, as masitinib does, is one of the more effective strategies in the treatment of neurodegenerative disorders.

“This is a true innovation that justifies the long-term efforts from AB Science to develop masitinib in ALS, progressive forms of MS and Alzheimer’s disease,” he adds.

AB Science researchers aim to further outline their findings at an upcoming medical meeting, hopefully moving steadily towards availability as a treatment for the progressive MS community.

India tops in overseas institutions with more than 60% ECFMG credentials...

Can Diabetic Neuropathy Be Reversed?