Differential Diagnosis: Acute stroke in the luxury perfusion stage is probably the most common mimic of a brain tumor. Diffusion MRI sequences and perfusion CT scan are helpful in differentiating stroke from tumor by showing hypoperfusion as would be expected, rather than hyperperfusion seen in tumors. Increase in contrast enhancement and mass effect can mimic tumor progression.

Treatment and prognosis: Temozolomide is an oral drug, which is changed into methyltriazeno-imidazole-carboxamide, a DNA-methylating drug. The concomitant use of radiation therapy and adjuvant temozolomide in glioblastoma patients showed a median survival of 14.6 months. The term “pseudoprogression” describes the inflammatory reaction to effective treatment. Increasing steroid doses can control the edema. Prophylactic use of antiepileptic drugs (AEDs) is not recommended in patients with brain tumor due to lack of efficacy. The interactions between AEDs and chemotherapy can also be problematic.
Follow-Up: The incidence of common symptoms reported was fatigue (90%–94%), sleep disturbance (32%–52%), headache (50%), and cognitive impairment (50%). Ritalin, modafinil, and Aricept have all been shown to have a positive effect on mood and cognition. Cause of death was presumed brain herniation 73% of the time. 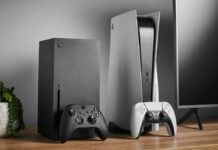 Control Your Pain Without Medication Using The Tens Machine

What Health Challenges Do 9/11 Survivors Face?