Car accidents are a common occurrence in any country wherever there are cars, and they bring with them the threat of serious injury and death. Even when you survive the accident, the danger doesn’t end there. Besides the many injuries that could remain undetected, a car accident can also leave psychological and emotional wounds that would heavily impact your quality of life. It’s normal to experience heavy feelings after a car accident. These feelings will usually go away on their own, but when these heavy feelings linger on for extended periods, you might be suffering from post-traumatic stress disorder (PTSD).

Post-traumatic stress disorder is a psychiatric disorder that can occur in people who have experienced traumatic events such as a terrible accident, a natural disaster, or through a violent act such as rape and war. People who have PTSD have intense disturbing thoughts that linger long after the traumatic event has passed. This causes people with PTSD to avoid people and scenarios that remind them of the traumatic event. So, what could be perceived by a person without PTSD as an ordinary loud noise could cause a PTSD-affected person a great deal of anxiety.

Not everyone who has experienced a traumatic event has PTSD. In order for a person to be diagnosed with PTSD, symptoms such as intrusive thoughts, negative reminders, negative thoughts and feelings, and irritability or lack of focus should be present for more than a month. Sometimes these symptoms may even manifest for years.

PTSD disrupts an individual’s ability to function normally within ordinary circumstances. This could ring true for when a person can no longer ride a vehicle without suffering from a panic attack, or when cars driving past them cause them severe stress, both of which, as normal, everyday occurrences that most people are able to experience without dread or negative feelings.

As you might correctly imagine, PTSD can be disruptive in a person’s ability to function correctly. Work life, as well as social life will undoubtedly be disrupted by such a condition. Fortunately, PTSD is a treatable condition through Psychotherapy, as well as medication.

The primary treatment for PTSD comes in the form of psychotherapy, wherein a therapist helps a client develop the skills necessary to manage stressful situations and triggers. A therapist can also help condition a patient to react differently to a given stimulus, and may even expose the patient to the trigger in a safe and controlled scenario, thereby changing the way that the patient reacts to the stimulus.

Those who have acquired PTSD following a car accident may also file for compensation as long as the PTSD was a direct result of the car accident. Petitioners can claim compensation for special damages, such as medical bills and lost wages (wages you would have earned had it not been for PTSD), as well as general damages such as mental anguish, pain & suffering, and even a loss of enjoyment of life. It’s important to get in contact with seasoned car accident lawyers, like the ones from this website, if you need help getting due compensation should you be diagnosed with PTSD.

Car accidents are terrible experiences. Not only can these result in physical injuries, they can also leave other lasting wounds. So, stay safe when you can, but don’t be lax, even when you’ve survived a crash. May this information prove helpful to you. 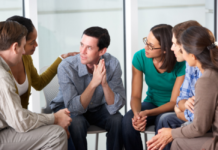 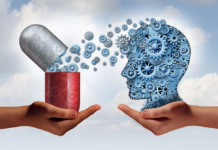