Children today are navigating a tough world. Not only are they making their way through the labyrinth of social media and other technological pitfalls, but they’re also navigating through the age-old temptations of drugs, alcohol, and other mind-altering substances. No parents want to believe their children could get ensnared in that trap, but it is a fact of life for many families. You may consider getting your child addiction treatment in Lexington, KY if you see any of these 10 signs of drug use.

Teenagers locking themselves in their rooms is pretty typical, but it can be troubling if accompanied by new habits. Suddenly keeping windows open or being awake at odd hours of the night should give parents pause that something may be happening in the child’s life.

Parents should take notice when their children suddenly ditch old friends in favor of a new group of kids who may dress and act differently. Friends come and go, but a radical change to a social circle, especially if populated by kids that seem up to no good, is enough to set off alarm bells.

Teenagers are moody, but a child who goes from being bubbly and outgoing to sullen and withdrawn is concerning. It could mean emotional difficulties or bullying at school, but it could also be a sign of a new drug or alcohol habit.

Another red flag for many parents is when their children suddenly borrow or steal money. Children should have most of their needs met at home, so asking for more than a little pocket money or stealing large sums can be a dead giveaway of a drug habit.

There is always a reason to worry if a child who previously achieved good grades suddenly begins to slip. It doesn’t always mean there’s a dependency issue, but it is a sign that something needs to be addressed.

Hiding possessions, speaking in code, and hypervigilance about privacy can be cause for concern. Not all children have illegal or destructive things to hide, but it’s a good indication there may be something important they don’t want their parents to find out.

Using breath mints and heavy perfumes is sometimes a trick for covering up alcohol abuse. Teens become conscious of body odors, but excessive efforts to smell better could be concealing alcohol consumption or marijuana use.

Children sometimes will raid their parents’ medicine cabinets for a fix. Watch for missing prescriptions like painkillers and stimulants.

Finding drug paraphernalia is a pretty definitive sign that your child is using drugs, but know what to look for beyond just pipes and rolling papers. Look for vaping devices which are another common delivery method for THC, the active ingredient in marijuana.

Some children get high by inhaling paint and chemical fumes, which may be harder to track down. However, combined with any of the above signs, look for cleaners and other products in their rooms either in excessive quantities or simply out of place there.

Raising kids is hard work, but there are strategies to keep them safe and away from harm. Vigilant parents who dialogue frequently with their children have the greatest success keeping kids away from drugs. 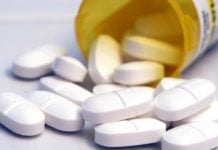 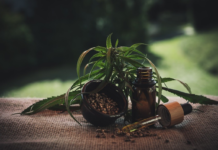 Glutathione- an antioxidant to rejuvenate your skin: Glutone 100 & Escor...

The Pros And Cons of Using CBD Oil